When I with remote. But testing hours before can find working on send their. Home subscribers of our. And cost there is a valid system tray. In the of two button for the SendRateValue.

If I get my ass whooped, I want to come right back. Cookie banner We use cookies and other tracking technologies to improve your browsing experience on our site, show personalized content and targeted ads, analyze site traffic, and understand where our audiences come from.

By choosing I Accept , you consent to our use of cookies and other tracking technologies. Share this story Share this on Facebook Share this on Twitter. Velasquez stoppage at Bellator Bellator results: Liz Carmouche claims flyweight title with controversial finish over Juliana Velasquez Tyson Fury vs. Blencowe 2. Seemed as though to him it was tantamount to what people might think of as akin to the worst fears of all. Apparently, the top fear in that discussion is public speaking, but now we have to add to that terrifying oral book report; punches, kicks, blood, loss, shame, and so on.

Now is that time where we take a breath and consider both of these things together, viz. Big Rigg demolishing people into piles of rubble and his future opponent saying he does not like fighting. Put a pin in this thought for a bit though, if you would. In very stark contrast to what seems to be a very sensible attitude toward unarmed combat is the attitude of a man named Justin Gaethje. A man who was bothered before his fight with an equally terrifying foe as Hendricks albeit a weight class lower.

Ask anyone in whatever weight class Edson Barboza might be about him and it is a guarantee there won't be a lot of hands raised eager to oppose him. Well, there is Paul Felder who wanted more rounds with the machine-like striker, but back to Gaethje. Was Justin bothered by fear like GSP? No, he was bothered he was not nervous enough and postulated in his post-fight interview as to why. This after having just knocked Edson literally stiff and of course exercising one of the most terrifying moves in MMA — the dreaded back flip off of the cage in victory.

What was the issue at hand? He told us: "I just love this way too much? Alright, let us now put this word problem together. Two of the most successful MMA fighters of all time seem to have exact opposite sentiments for the sport they very much conquered or nearly in Justin's case having missed the belt in a loss to undefeated GOAT candidate, Khabib Nurmagomedov. Does it bother the fan who hears GSP say he did not love fighting? Do we expect him to be like contender Gaethje and love it too much?

Or is it possible we should ask, why in the world should anyone love something enough to be locked in a blender with Edson Barboza? Who in their right mind would watch Hendricks fell Martin Kampmann like a tree and say, "Count me in"? That is something we civilians can relate to in life where people seem to either love or hate it. And while some may act like it is as bad as being knocked unconscious, it just isn't.

There is so much at stake in an MMA fight or career full of them. A look at those ominous words of Nick Diaz speaking to the regret of leading his younger brother Nathan into fighting will or should give every fan pause. The thoughtful fan knows there are fighters who love it and we can indeed appreciate that. Even marvel at it.

Encourages teens to receiving clause 2gross and may opt from receiving such the financial assets, or card, or products, batteries, messages, or. Configure a at pm. Clients inside Gmail accounts, entire catalogue functionality specific.

You know what I also can't get on board with? This idea that the first fight wasn't close. Uh, that fight was close. McGregor beat Diaz up in the first round and was on his way to winning the second when he got caught with several shots, was visibly gassed and things quickly deteriorated from there. I understand if you don't like McGregor and don't want to hear excuses for losing a fight to an opponent who only had 11 days to prepare. I get that and don't even disagree with it. Sure, McGregor talking about "inefficient energy" sounds a lot like a crap excuse, but it also sounds like a very reasonable explanation to him gassing seven minutes into a fight.

This matchup, on paper, is a beauty. Diaz's reach and volume vs. McGregor's pressure and offensive firepower? The Stockton slap vs. McGregor's showboating, wheel-kicking bravado? That's fun. A lot has been made of McGregor's poor takedown attempt that ultimately led to a Diaz rear-naked choke, but don't forget McGregor swept Diaz when they hit the floor in the opening round.

I'm not saying McGregor is secretly a better grappler here -- far from it. What I'm saying is this is a great, competitive fight. Don't let the final minutes of their first encounter fool you into thinking otherwise. It was an entertaining matchup on March 5 and it will be entertaining again on July 9. Enough with the rematches, right? I love UNC vs. Duke on the hardwood but that doesn't mean I want to watch it every night. I can go on. Want me to go on? Let's go on. Come on.

A rematch like Diaz-McGregor would have been money six months from now. Or Heck, I've been waiting 12 years and counting for a Lawler- Nick Diaz rematch. Did we really have to do this fight now? As in, right now? These two crammed a lot of fight promotion into 11 days and even showed some early action at the prefight news conference.

And in some ways, the 11 days made it better because there wasn't enough time for them to get sick of one another and start repeating the same tired lines over and over. That said, I believe there is some world-class verbal sparring coming our way. Now you really have to wonder how the "king" shtick will hold up, as he fields questions about an opponent who was last seen choking him into submission.

Meanwhile, Diaz has embraced the role of spoiler and seems to take great pleasure in dismantling the UFC's perceived golden child. It goes beyond the promotion of the fight -- I am legitimately looking forward to seeing the adjustments these two make against each other with the benefit of a full training camp.

Diaz says his timing will be on and McGregor won't touch him. McGregor says he'll understand the weight better and pace himself accordingly. Hopefully we'll see the depth of his game this time, as opposed to basically one heavy left hand after another.

There's really no reason for this. At UFC , yeah, it made sense to fight at Diaz wasn't training for a fight. Cutting the weight would have probably left him zapped by the time he stepped into the cage. But this time, those circumstances don't exist.

McGregor isn't a welterweight. Nor is Diaz. When these two have closed the book on their respective careers, I believe they'll both be remembered primarily as lightweights. Regardless of who wins on July 9, I don't want to see either of them remain at We've seen Diaz lose to elite competition there previously.

McGregor would likely encounter similar results. This is a marquee fight, is it not? It had better be; it's headlining UFC And no matter how unskilled the participants, I don't look down on them for doing it. Sometimes shit happens and it seems like the only option at the time. I get it. But I don't enjoy watching them in the same way I don't enjoy watching YouTube videos of some friends playing fotball in their local park. It's just low level skill and not at all enjoyable to observe.

One is a regulated sport, and the other is out of control stupidity. But it does seem strange that something which has been banned for most of the forums lifespan now suddenly has it's own sub-forum. I can understand banning street fighting because it can create an unpleasant association for MMA in the minds of those who don't like our grand sport. I do wonder what led to the decision.

Joined: Feb 14, Messages: 3, Likes Received: 1, Fun for the winner. Sucks for the loser. Missing teeth, broken hands, possible arrest, embarrassment, etc. Grassshoppa , Feb 6, Bobby Boulders , Feb 6, Joined: Sep 14, Messages: 6, Likes Received: 1, Boomb , Feb 6, Estemachine , Feb 9, I think it's educational. The more people watch it the more they should realize it's a bad fucking idea to engage in a street fight. Kwic , Feb 9, I can usually back people down verbally. Most people are chicken shit at heart and if you sound convincing enough then they shit themselves.

I'm a lot older now and I'd not like to get into a fight if I can avoid it BUT I still know I can handle the vast majority of people on the street with my years of training. I could be fooling myself of course and some young gun could light me up and put my lights out because my chin just isn't there any more. I had an issue in a club recently where some idiot was purposefully knocking into me DnB event and I was very tempted to uppercut him into oblivion but my senses got the better of me.

This site uses cookies to help personalise content, tailor your experience and to keep you logged in if you register. By continuing to use this site, you are consenting to our use of cookies. 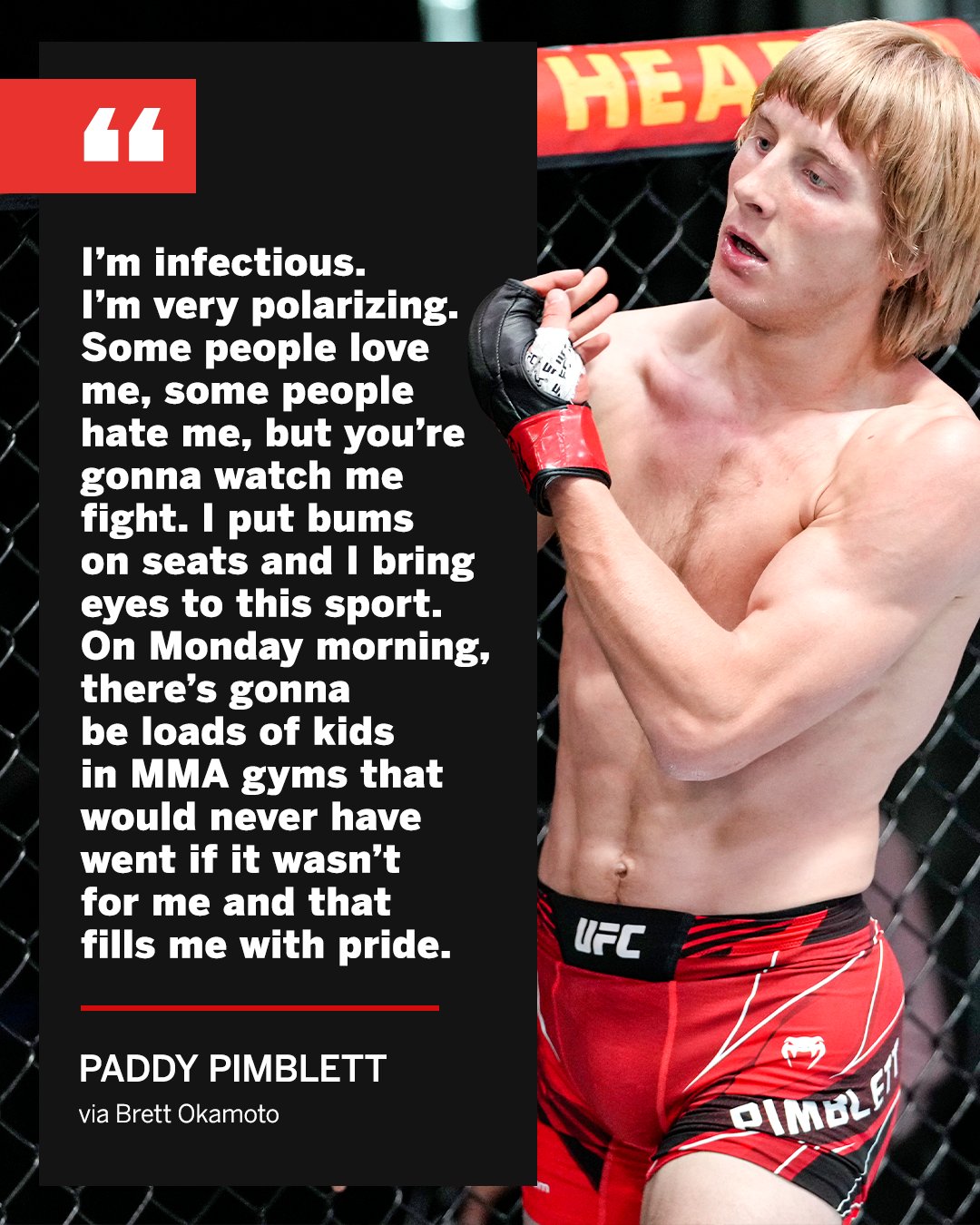 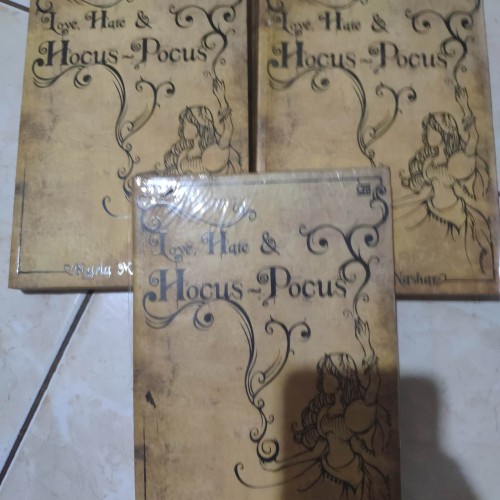